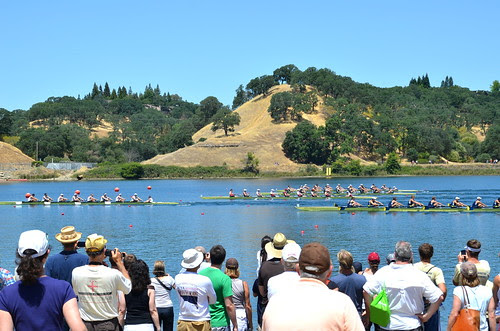 Varsity Eights
As USRowing quipped, it was a good day to be a Husky in Sacramento—especially a Washington Husky. Not that we'd ever be the types to say we told you so, but our picks for the men's varsity eight turned out as we'd expected, with Washington capping off another undefeated season with a third-straight IRA title. Not far off the pace were the early leaders, Harvard—smooth and composed, but perhaps without the level of horsepower that their West Coast rivals brought to the table. Brown also had an outstanding regatta, as Paul Cooke and new assistant coach Graham Willoughby's crews made the podium in all three eights events—while the varsity may have gotten off to a slow start compared to the rest of the field, their closing speed saw them overtake Northeastern in the final 250m to claim the bronze.


Second Varsity Eight
The effects of the new freshman rule were most obvious in the men's second varsity eight event at IRAs, which featured some of the closest racing at the regatta, with a number of frosh athletes on board. The results very nearly reflected our predictions, with Washington once again winning it all, though Cal slipped to third behind another hard-charging crew from Brown (we had picked Cal for silver, Brown for bronze). The same pattern repeated several times over the course of the day—both the Brown men's and women's programs know how to sprint!

Frosh Eight
Given the number of freshmen racing up in the varsity events, the frosh field wasn't as deep as in previous years, but still saw a very close contest for second and third, behind another dominant Washington crew. Brown (our pick for third) again came through in the final 500m to claim the silver ahead of Cal, as the Golden Bears had to throw everything in to hold off an impressive crew from Cornell for the bronze. Harvard, our pick for silver, faded to fifth, one length back of Cornell.

Women's Lightweight Eight
Okay—so we picked Radcliffe to win this year. But, we did say that it's never safe to count out Stanford at the national championships—especially when they enter the race as the underdog! The Cardinal made it a four-peat with an emphatic win over No. 1 Radcliffe, with the Black and White taking second ahead of Wisconsin.

Men's Lightweight Eight
The men's lightweight events were all Crimson, as Harvard won both the eight and the four convincingly. Take a minute to appreciate the feat that Harvard has accomplished over the past three seasons—in an event where parity is the name of the game, the Crimson have suffered only one loss in three years, and that by roughly one foot in the grand final at the 2011 IRA Regatta. Truly an impressive achievement for Charley Butt's program.

As we expected, Yale took the silver, though our pick for bronze, Dartmouth, couldn't hold off a determined Columbia crew for the final place on the podium. A fantastic performance for the Lions, who earned their first IRA medal since 2003. 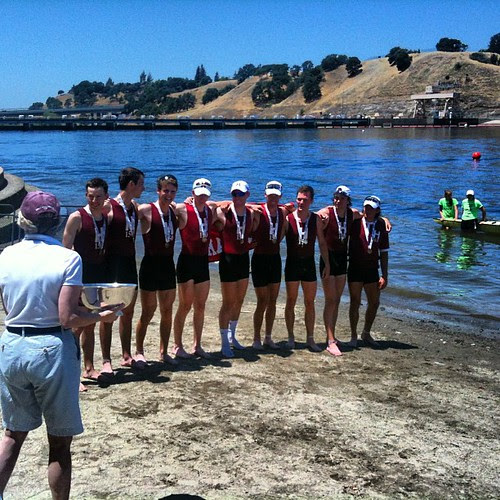 
Also worthy of note (and perhaps a preview of things to come), the Huskies from Northeastern had an outstanding trip, placing both their varsity and second varsity eights in the grand finals for the first time since 2005. The varsity eight only narrowly missed a medal (less than 0.2 seconds behind Brown), and the entire squad that came west for the regatta will only see two seniors graduate this year—look out for Northeastern in 2014. 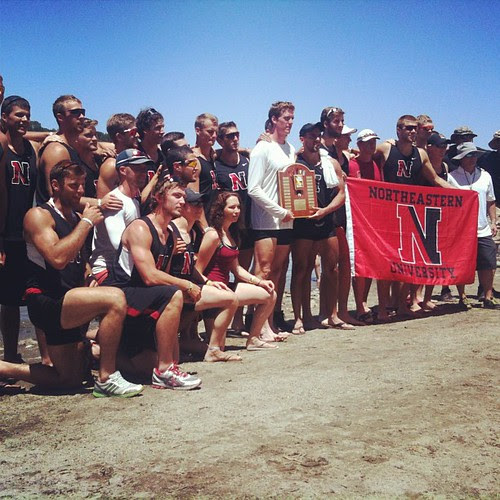 Still to come: Our recap and review of the NCAA Championships in 'Windy Indy.'