Last year around this time, USRowing athlete-turned-filmmaker Nick Trojan released his first in a series documenting some of the most storied rowing programs in the country, offering a window into Harvard Crew. Now, he's releasing the second in that series—this one on the program at Cal, where Canadian Olympian and Cal grad Scott Frandsen has taken the reins as head coach.

Here, we catch up with Nick on the background and inspiration behind the project, as well as how he crafted this piece on the Golden Bears.

RowingRelated:
What is the inspiration behind your series on rowing? What is it about the sport that you feel the need to communicate? Is there more to the story than what is out there now?

I'd say my love for competition and my love for watching movies and filmmaking itself have driven me the most. Ever since my dad let me use our family's video camera to record my friends mountain biking and BMX riding, I've been hooked on making movies. So, fast forward to 2015, when I filmed the drone footage and edited the "Washington War Paint" IRA Promo for Washington Rowing's "DriVe for FiVe" year—I received a lot of positive feedback not only for the team but from the entire rowing community. Since then I have envisioned this as an opportunity to bring a more cinematic approach to the rowing world and try different styles of shooting on each project in order to progress my own craft, while shining a brighter light on the sport that I love.

I really just want to give an audience that doesn't know much about the sport a better understanding of what it is that we (rowers) are trying to accomplish on a day to day basis, and how precise we have to be in all elements of training such as: technique, strength, mental toughness, coordination, peaking, endurance and sprinting, recovery, rigging, oar choice, boat choice, time on the water, time on the erg, etc.

With that said, I want to give back to the sport that gave me so much. I have been getting so many messages and phone calls from everyone in the rowing community who love this style of content and it's really all I have at this point in time after retiring from the sport last fall.

As a native Californian, did this particular story resonate with you more? Do you feel like perhaps West Coast rowing is under appreciated at times?

NT:
Absolutely not. If you asked me in high school, I would have said yes because my vision of the rowing world was so narrow but after years of training all over the country and world, I have grown to appreciate any and every team I have come across. The West Coast will always hold a special place in my heart because it is my home but in terms of rowing and my documentaries I wouldn't hold higher or lower than any other project.

RR:
In telling this story, how did you conceive of the chapters as they unfold? What are the keys to understanding the meaning behind each scene/sequence?

NT:
So the goal for every episode in this series, is to expose each collegiate program in terms of their culture and approach to training. When I did the Harvard episode, it was a very optimistic approach and I wasn't even sure if I was going to get the approval to release it from the get go. If you've seen it, you'll notice that I shot everything very raw and very "real." There's this stigmatism that Harvard can be preppy and entitled based on movies and stories like The Social Network. However, my experience is quite the opposite.

From the moment I stepped in their boathouse in 2012 to train for U23s with Austin Meyer and Linda Muri, I was welcomed with open arms and only greeted with smiles day in and day out. I was this California "beach boy" walking in with flip flops thinking, I hope I don't get kicked out of here for not wearing shoes. So starting with Harvard was perfect for me because I had a very personal and positive connection to them and I wanted to show the world that the Hollywood perception isn't always right. I also put in a segment of the Harvard rower in the single, slugging away at each stroke during a 4k test on the water in the stinging early winter snow storm. I was so stoked when I was freezing my ass off on the launch and filming that shot in one take because I finally got to expose the truth behind the real Harvard athletes who will train in rain, shine, or snow with a big fat smile on their face and zero complaints. 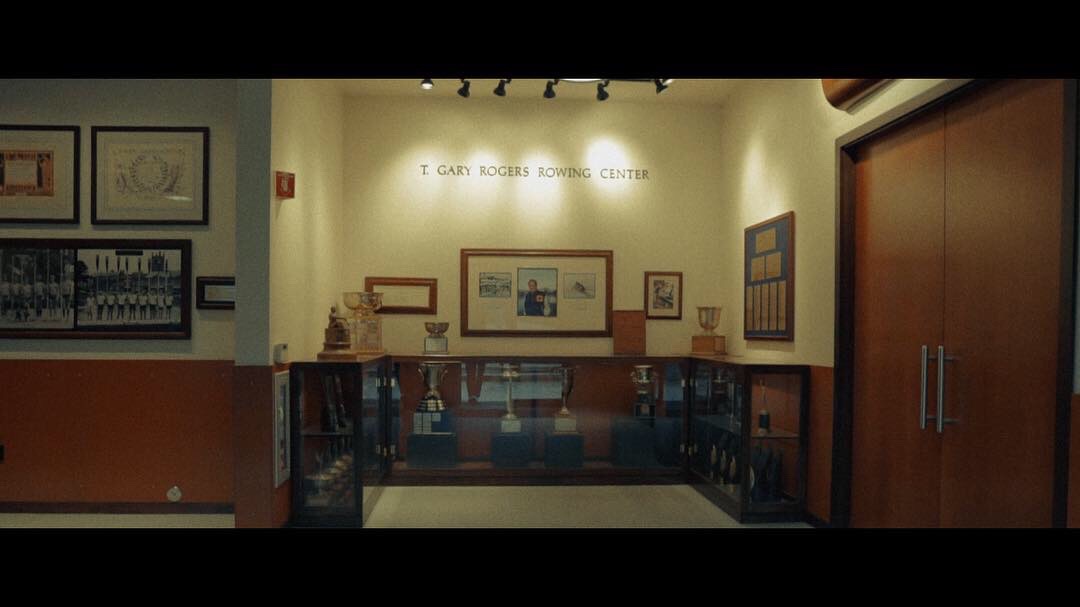 This Cal episode had its own set of obstacles, and they were just as welcoming and inviting to me as Harvard was. This episode will be a lot different than the previous one for several reasons, but mostly because I took more time in making it—I threw in some more experimental shots that I had some more time to try after spending the spring training in the LM2x with Andrew Campbell.

The purpose of this episode is slightly different because it covers a new era for the Cal Men's Rowing with a 'changing of the guard' in the coaching staff. I was lucky enough to cover the first spring season of Scott Frandsen's career as the Cal head coach, and it was such a special opportunity because the shift in head coaching positions (of any sport at any school) doesn't happen that often.

Along with Scott, is Brandon Shald and Sam Baum, who were both fantastic teammates on the coaching staff and all three will show a very promising future for the program moving forward. In fact, they might be the youngest collective coaches of all the programs racing the FINALS at the IRA Regatta.

With that said, thank you RowingRelated for your support and belief in me.

Thanks very much to Nick Trojan for taking the time, and for sharing this with the rowing community! All we can say is it's hardly a credit to us to recognize the talent, skill, and effort that went into making this.