The 2013 RoRy Awards, Part One: The Junior Level 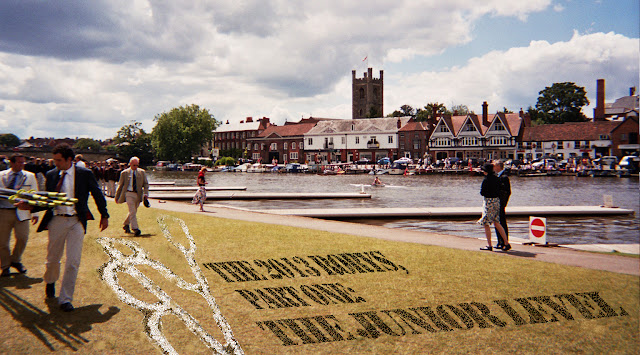 The 2013 season is now complete, and it's time to reflect on the outstanding achievements from another year of racing in that most wonderful of all sports, rowing. Not that we're feeling old, but RR is fast approaching its third birthday—this marks the third edition of our RoRy Awards, and, since we cover three tiers of racing here at RowingRelated, we'll be recognizing and celebrating the best of the best at the junior, collegiate, and elite levels throughout the week. And so, without further ado, the 2013 RoRys go to...

RoRys for Programs of the Year
Narragansett Boat Club Men
Narragansett Boat Club had a tremendous regatta at USRowing youth nationals in June, in the midst of considerable emotional turmoil. Top talent Chase Buchholz and his NBC teammates honored the memory of their coach Peter Wilhelm's mother, Hope, with two gold medals in Oak Ridge. En route to gold, Buchholz defeated the defending champion, Chris Wales of Seattle Rowing Center, in the men's single, before taking a second gold in the men's quadruple sculls—the boat that was christened in Hope's name. For a club of such small size to take home two golds on the national level is certainly impressive, and congratulations to Peter Wilhelm, the athletes, and everyone at Narragansett for another fine season. Also—keep an eye on Isaac Mocarski in 2014. Rising senior Mocarski is 6'5'' is the heir to Buchholz, having gone 6:20 on the erg and served as an alternate for the U.S. junior team over the summer.

The Long Beach Junior Crew Women
The Long Beach Junior women's program has been on the rise over the past several seasons, and this year was a truly special one for the Southern California-based club. LBJC brought four women's crews to youth nationals this season—a lightweight eight, lightweight four, quad, and double—and medaled in three of four events, including two gold medals. Congrats to coaches Alfredo Montenegro, Brian De Regt, Pete and Tom Graves and everyone at Long Beach Junior Crew for an outstanding regatta. Also particularly worthy of mention are Katy Newmarker and Reilly Hayes, who doubled up in the women's double and women's quad, winning both events.

RoRys for Coaches of the Year
Sandy Armstrong, Marin Rowing Association
At this point, it's safe to say that Sandy Armstrong has a knack for winning the last race. She and her MRA disciples did just that again this year despite facing a stacked program at Oakland Strokes, who were the defending champs. Here's what we said about Sandy's varsity eight going into the finals in Oak Ridge:


While Oakland outpaced Marin last year, as well as recently at the 2013 Southwest Regionals, the Strokes will have to have everything going to defeat Marin for the national title—MRA head coach Sandy Armstrong knows exactly how to prepare her crews for the big moment on the big stage (as was surely noted, Marin posted the fastest time of the day in this event on Friday in a comfortable heat win), so watch out for upsets this weekend.

They don't always have the biggest kids—the stern pair were lightweights—but they row very, very well, and execute when it counts. In hindsight, the only thing we might change about our predictions for youth nationals is indicating that an MRA victory would be an upset.

Conal Groom, Seattle Rowing Center
Groom has accomplished a tremendous amount over the past three seasons with a young program at Seattle Rowing Center, and his athletes are consistently performing at a high level, including multiple medals at junior nationals this year. As we said following the racing in Oak Ridge:

Things are looking up, indeed.

RoRy for Race of the Year
The Junior Women's Quad, World Rowing Junior Championships, Trakai, Lithuania
The coveted RoRy for Race of the Year goes to the A Final of the women's quad at junior worlds this year. With 500m remaining in the race, it appeared that defending champions Romania all but had the race in hand, but the race for the lesser medals was completely up for grabs, with all the boats separated by roughly one second. Then, everything changed:


The finish of the women's quad had the entire crowd gasping as all six finalist boats closed in on finish bunched tightly together. Leaders for the majority of the race and reigning World Champions, Romania then took a bad stroke with five strokes to go allowing Italy to storm through to win. The United States took silver and Germany won the bronze medal. —WorldRowing.com

The U.S. women's crew—Shawna Sims, Elizabeth Sharis, Kendall Brewer, and Cicely Madden—was in sixth place, and sprinted nearly all the way through the tightly packed field to a silver medal, making it back-to-back silvers at junior worlds for USRowing in that event.

Breakthrough Performance of the Year
Sarasota Crew
The RoRy for Breakthrough Performance of the Year goes to the men from Sarasota Crew, under head coach Casey Galvanek. This season, the 10th season for Sarasota Crew, marked the third victory in a row at the Florida State Championships, and first time that Sarasota has captured the title in the junior men's eight at youth nationals—for Galvanek, it was a victory six seasons in the making. Given the increasing depth of their program, there's no reason to assume that Sarasota won't be a major factor at the 2014 regatta as well. And, with the 2017 world rowing championships now scheduled to be held at Nathan Benderson Park, it's safe to say that rowing is on the rise in Florida.

Athletes of the Year
Boris Yotov, Azerbaijan
2013 was an incredible season for the young Boris Yotov, who scored a bronze in the junior men's single in Trakai, placed eighth in the BM2x at U23 worlds in Linz, Austria, and—most impressively—placed fourth overall in the M2x at World Rowing Cup II in Eton Dorney with standout sculler Aleksandar Aleksandrov. All this at the age of 17—that's right, Yotov was born in 1996. Not to be trite, but the future looks bright for Yotov.

Congrats to all the winners on a truly fantastic season, all best for the upcoming campaign! Friday, we'll continue our week long celebration, this time with the collegiate ranks—stay tuned to see who'll take home the coveted (figurative) hardware!