What is Behind USRowing Changes? What Does New Title Mean for Korzo? 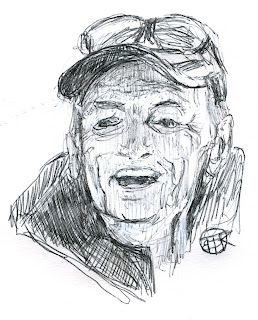 In the most recent development from USRowing this December, it was announced today that Kris Korzeniowski will take on the role of Director of Coaching Education, remaining in Princeton while the US men's team takes up its new residences in Chula Vista and Oklahoma City. While I can understand the reasoning behind making use of two training centers given the circumstances, it is difficult to understand the rationale behind this move. Just before CRI's launch of its new coaching education program, USRowing wants to expand its own education programs. Last year, with the fledgling ACRA Championship beginning to establish itself, USRowing created its own collegiate rowing championship regatta. I'm not sure whether this has to do with bandwagon planning or a belief that the governing body of the sport should be profiting from events and programs similar to the coaching education credential at CRI, but it's a strange and similar pattern. Why create competing regattas and programs instead of working together with outside organizations?

Also, from the standpoint of making good use of available resources, putting Korzo behind a desk doesn't seem the best way to develop talent in the US. Whether or not you believe Korzo is a great coach, he's at the very least an extremely experienced one, and he's worked with Mike Teti in the past. CRC continues to lie dormant -- an excellent facility that is well-funded and maintained, next door to one of the best collegiate talent pools in the US, now run by Teti himself. If I were a visiting Martian, not knowing the background but able to read the immediate situation, it would seem a natural fit, so that valuable resources and talent do not go to waste in the limited time between now and the start of the Games in London. But maybe CRC never had a chance at him. While coaching education might be great for development beginning with the junior level on up, the fruits of those labors are in the distant future, and because of Worlds taking place so late this year, the next Olympiad looms large on the horizon. It appears, like many of the recent decisions, to be born not of careful consideration of the situation and possible consequences, but rather of a need to solve an immediate problem that arose because of unfortunate, undisclosed events.

Going back to the beginning, the recent changes appear to be made from a reactionary position. Take the move from Princeton, and examine it more closely. Presumably, if this move were prompted by purely logical forces, it would have anticipated some of the issues, such as inadequate housing facilities in Chula Vista, that might affect the athletes and coaches. Instead, in the rush to move, these things were considered only secondarily, and the result is that we have had to split the men's team in order to provide sufficient resources. What was the event that created the need for the US men to leave Princeton so quickly? It cannot be that the facilities at Arco are better suited to the needs of the team -- while this may be true in the future, the facilities at Arco are, at this point, insufficient to serve the needs of the National Team as a whole. This much is admitted as the primary reason for the relocation of the lightweights to OKC.

Now let's examine the situation with Korzeniowski. Having eliminated the most experienced coach on the USRowing staff, perhaps partly because of the move to CA/OK (though this is merely conjecture), without anyone to replace him, USRowing immediately hires him back in a more vaguely defined position. Why was Korzo released from the coaching staff? Does this new position mean that he will continue to be able to aid McLaren, now seemingly left to coach the 4x, 2-, 4- and VIII in addition to his other duties as Head Coach? Does it mean that Korzo will wander, like an itinerant monk, spreading the gospel of USRowing technique? In the meantime, who will take Korzo's place on the coaching staff? Will Cameron Kiosoglous's duties expand? At this point, it is impossible to say. In any case, it appears to be a move to keep Korzeniowski within the fold. What kind of influence he will have from this position remains to be seen.
Labels: 2012 Arco coaching CRC Kris Korzeniowski OKC US National Team