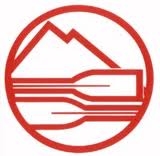 The Marin Juniors have shown a level of dominance this Fall that has the rest of the junior rowing world looking for an answer. The Marin RA boys, led by Graham Willoughby, began their Fall campaign with perhaps the biggest statement possible on the grandest stage available -- a first place finish at the Head of the Charles from a 69th place starting position. In so doing, they trumped Everett's push to surpass Eton College, the 3rd and 1st place starters respectively. Everett can be very pleased that they too triumphed over what has been a powerhouse British school for several years now, but clearly they had much less to deal with in front of them than did Marin, whose coxswain steered a fantastic course and allowed his rowers to ignore the distractions that go along with passing, turning and adjusting speed on the Charles. In speaking with Willoughby, he described it as an almost automated series of decisive moves that his veteran coxswain was able to make -- exactly what you need in close quarters.

Two weeks later, Marin was back in action at the Newport Autumn Rowing Festival. This time, both Marin A and B came across the line well ahead of the competition, showing the added depth of the program in a region that is, by far, the most competitive in the US at the high school level. Following behind them were Newport, Long Beach (look for Long Beach to have a strong Spring this season, as Nick D'Antoni, multiple-time national champion coach with Newport AC, has made a move just up the coast and has the LBJC boys on the right track this year), Marina AC, Oakland, with the third Marin VIII in 7th place overall. All this indicates that there will be another Grand Final this year in Oak Ridge heavily-laden with strong entries from the Southwest Region. MRA just missed it last year in two categories (three seconds total separated them from celebrating a National Championship in the VIII and the Lightweight VIII last year, as Newport AC was able to accomplish under D'Antoni in 2008), and they will be back looking to change all that this June.
Labels: Cincinnati Head of the Charles Junior Long Beach Marin RA Marina AC Newport AC Southwest Region